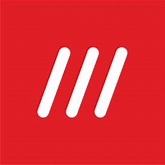 In the 1820’s Edmund Artis excavated this field and found the remains of two Roman villas. 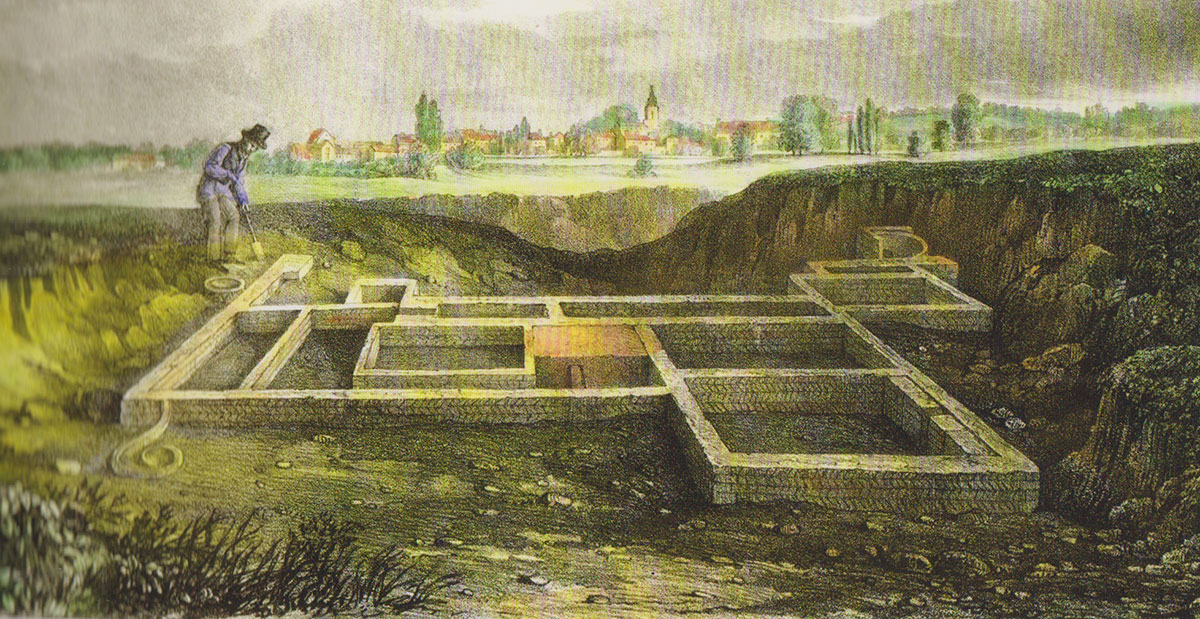 Illustration by Edmund Artis of his excavation of a villa in Ailsworth parish. The river can be seen in the distance and beyond is Water Newton church.

The owners were probably wealthy landowners that owned local industries, maybe the pottery kilns or iron works, nearby. The first villa, at the far end of the field, was a courtyard villa set on 3 sides with its south side open to the river. 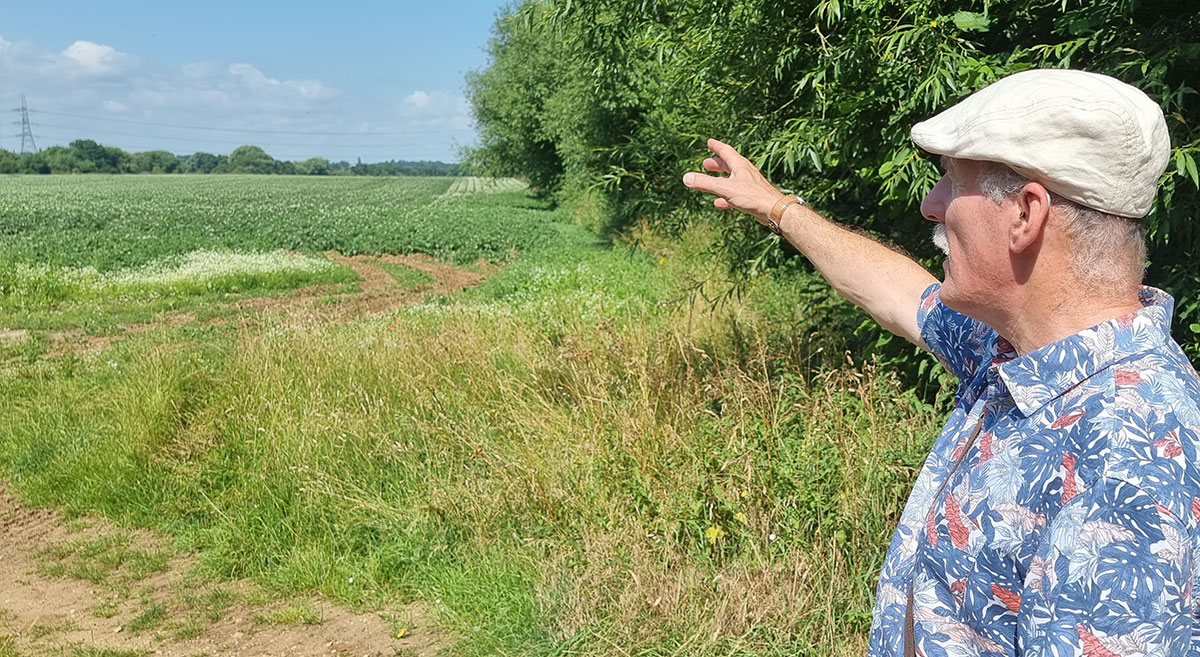 Local historian Andrew Nash points out the original site of the Roman Villas.

It would have been spacious and comfortable, with hypocausts (underfloor heating) and mosaic floors in some rooms. The second villa was smaller but also had a pleasant view across to the river. 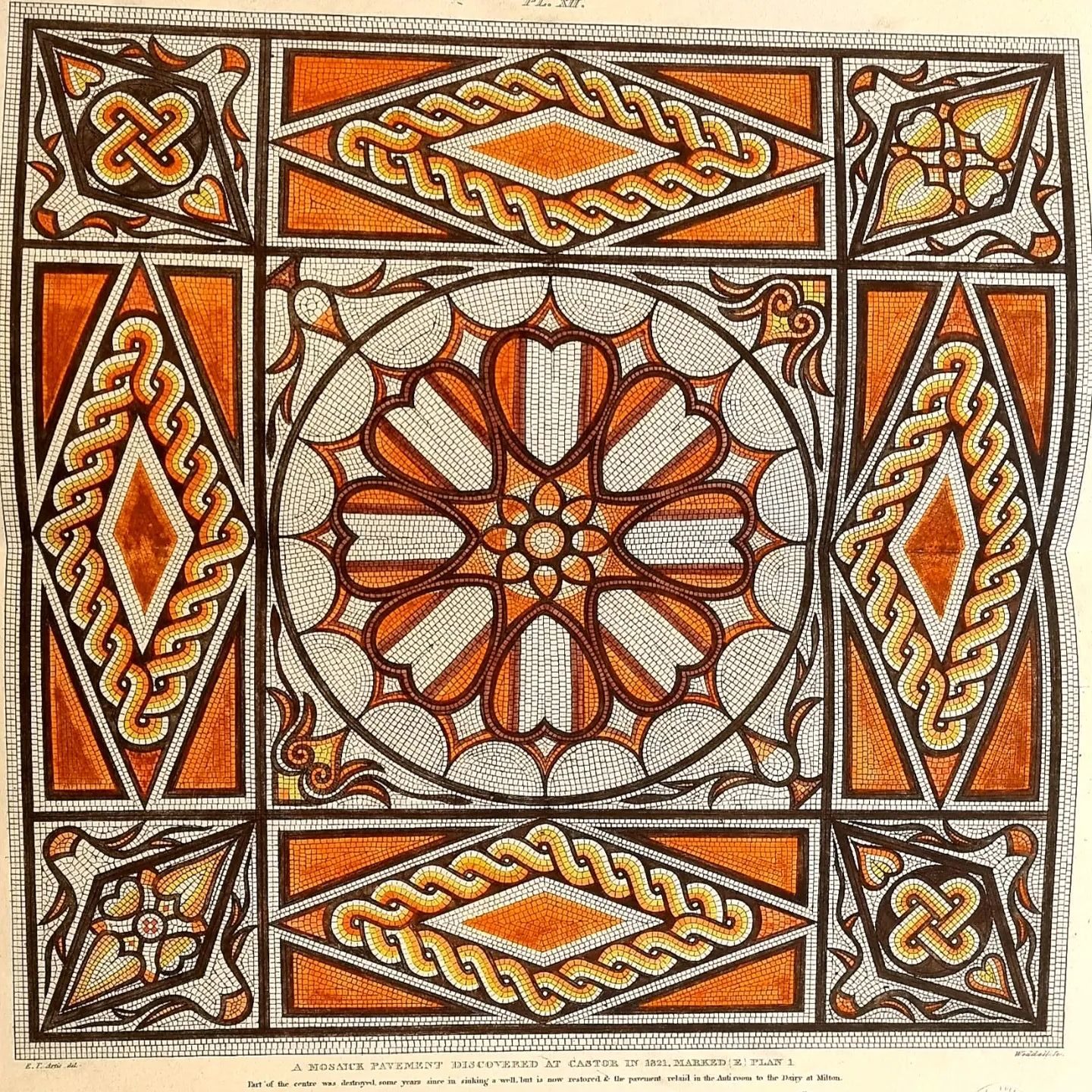 Illustration by Edmund Artis of a mosaic floor discovered at Castor. Press on the mosaic image above to see it more closely.

Romans in Britain would have eaten foods we eat every day including bread, beans, fish, vegetables, cheese and dried fruit. There might have also been a few unusual foods on their dinner menu including mice and peacock tongue! Would you be happy to tuck into a Roman Dinner?